Listen Up: How to Really Listen So Children Feel Heard - drrobynsilverman.com

Blog
You are here: Home1 / Blog2 / Parenting3 / Listen Up: How to Really Listen So Children Feel Heard 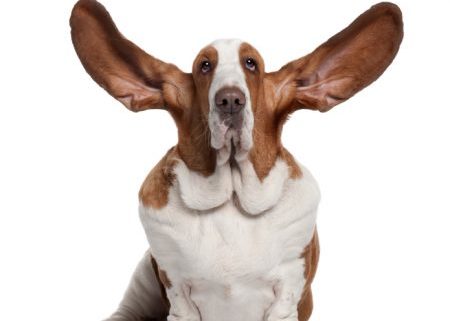 Isn’t it the best when someone really listens to you?

If you think about your very favorite people to be around–your best friends, your treasured colleagues–there is likely one thing that they do better than most; they listen to you. Everyone likes to feel “listened to”—you, your partner and yes, the kids in your life too.

Gosh, it can be challenging to be a parent or a teacher and find all this time. We often have so much on our plates that spending the time listening when the laundry is piling up, we are on deadline and the kids need to get out the door, that listening gets filed under “things to do later.” It’s normal. For all of us. Of course, when we finally realize that something is “going on” with the kids in our life, it’s often been going on for some time. We wonder how we could have missed it. Let’s not beat ourselves us here. Being a parent (or teacher) today can be overwhelming and you are likely doing a pretty bang up job. We can always learn and get better- but that doesn’t mean we stink at it—it just means that we are forever learners and improvers. That’s where we are right here, right now.

As it turns out, listening can be a gateway into what’s really happening in your child’s life and how they feel about it. When we are really listening, we don’t just listen on one level—we listen on 3. It may sound tiring but once you sharpen this skill, you’ll be really psyched about it. Listening on all 3 levels is like being an amazing investigator and detective.

So here are the listening levels:

Level 1: We get in tune with our own thoughts, opinions, and judgments: We might be asking ourselves, “What would I have done in this situation?” “What does this remind me of?” or “How does what this person is saying pertain to me?” “How can I get back on track?” You know when you’re with someone and they seem to be sort of half listening? Or listening to respond with their own tidbit of information? Yeah; that’s not fully listening.

Level 2: We recognize the tone, pace, energy and agenda of the other person. With this level, we don’t just listen to the words but also the expression, the emotion, the tone, the speed, and the body language (if you are privy to it) that goes along with the words. You even listen to the hesitations and what’s not said. So imagine you ask a child “how are you?” and the child answers “fine.” When we are listening on level two, we might note that their answer is full of contentment, sadness, frustration or fear. In that case, “fine” might mean “good” or to the “in-tune” listener, it might mean anything from “I feel lonely” to “I’m hurt but don’t want to tell anyone.”

Level 3: We use our intuition, the information feeding into the environment around us, and the multiple factors that are impacting the conversation at any given time. This is 360 degree global listening. It takes practice. With level 3 listening, your gut fills in the story and you start to gain a more full understanding of the person in front of you. You take in consideration everything around you. Is the other person fulfilled? Annoyed? Blocked? In level 3 listening, used in tandem with level 2 listening, is about nuances and what’s beyond words. It often tells more than the words can ever do on their own. When we really listen, we can pick up on this stuff.

You don’t necessarily have to be gifted in listening to do this well– you just have to take the time to become invested. It’s about putting away the phone, moving our attention away from our own day and tasks, tuning in and connecting. You can be face-to-face, side by side or even driving in a car with your child in the backseat. Sometimes a child can feel more open when someone is not looking directly at them.

Of course, sometimes, we just don’t have the time. Not in that moment, anyway. But if you happen to tune in and hear something that makes you think “I need to listen to this closer,” tell the child; “I really want to be able to fully listen to what you are saying. Right now, I need to finish doing X. Can we talk at Y time so I’m not distracted and can give you the attention you deserve?” You are not superhuman- it’s okay to ask for time.

And please remember, if there are times when you simply aren’t the listener the other person needs—you can be the bridge to someone else who is right for the job. Sometimes getting that child to the right person is the best action you can take—as being truly heard is a gift.

Tips that Work! How do I get my kids to do their chores?
3455 replies