Body Positive: 10 Tips to Creating a Better Body Image for You and Your Daughter - drrobynsilverman.com So many of my best “body image” conversations with my daughter happen in the bathroom while we are getting ready for bed. It is where I’ve gotten the question; “Do you think I’m beautiful?” and where, when she was just three years old, she said to me; “Mommy; you have a big tushy!” This is how that conversation went:

“Mommy; you have a big tushy!”

[Pause. This was one of those moments where I knew I could either mess up totally or help to set the positive body image values that I hold dear. Pause. Breathe. Smile.]

“Well of course I do! I couldn’t have your little ‘Tallie tushy’ on my big Mommy body! Then I couldn’t do all the things I love!”

“Like…yoga, going for run or chasing after you!”

[I start to tickle her and we have a good laugh.]

“My body allows me to do all my favorite things. What does your body allow you to do?”

“Yes! Out body allows us to do all of those things that we love.”

[I picked her up and we looked in the mirror.]

Our bodies are the vehicles for everything we do- it’s how we participate in our passions, our favorite activities and our everyday. It’s how we express love, anger, sadness and frustration. It gives motion to our lives. We need to love our bodies because they make the lives we lead possible and by loving our bodies and being grateful for our bodies, we are able to use this vehicle to drive us anywhere we want to go.

So here are 10 Quick Tips that we can all do today to set the groundwork for positive body image:

While it may take some awareness and effort to move to a more positive way of thinking, feeling and acting when it comes to our bodies, it certainly is worth it. It will surely help those impressionable girls (yes, and boys too!) to see the value of “owning” and loving our bodies as they are but also it will help ourselves.

Create a habit of body positivity. You don’t need to do all 10 of these tips right away– but pick one or two– then keep adding as you put them into place! I’m rooting for you. 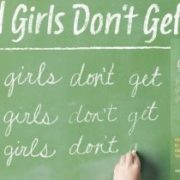