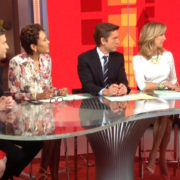 Research has told us that 1 in 5 interactions are lies! Adults and children do it. Some people lie because it gets them out of trouble while others lie END_OF_DOCUMENT_TOKEN_TO_BE_REPLACED