Research has told us that 1 in 5 interactions are lies! Adults and children do it. Some people lie because it gets them out of trouble while others lie because the truth would make someone feel bad. Still others lie because they may find it fun to pull the wool over someone’s eyes. Some of the reasons are socially acceptable like when a child lies to Grandma and tells her that he absolutely loves the itchy pea-green sweater she made him and other times we just want them to tell the truth.

In general, how can parents handle lying and truth-telling?

Lying needs to be dealt with swiftly, consistently and over time. Parents can act in a variety of different ways.

The study indicates the potential upside to lying- a better verbal memory, more creative storytelling, but it’s a terrible habit for children to get into. How can parents foster those good traits without the lying?

We can give our children a context where storytelling is OK! Make up stories together. Let your imaginations go wild! When children are given a socially acceptable outlet for storytelling, they learn when story-telling is appropriate and when it’s best to tell the truth.

If a child appears to continue to lie, despite a parents’ best efforts, what then? When is it a real problem?

Lying is a real problem when it takes over the normal function of everyday life. If parents feel that they never believe their child, that they can’t trust their child and that they are lying in a host of circumstances, I would encourage them to ask their doctor for some professional advice.

Extra bonus! On my way out of GMA, I met the very sweet, Ross Lynch from R5 and Teen Beach Movie, Teen Beach Movie 2! What fun! And of course, who could miss the photobomber in the back of the photo? One of the dancers! 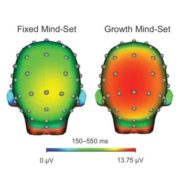