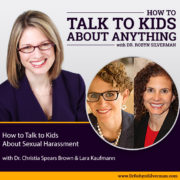 In 2006, Tarana Burke coined the phrase “Me Too” as a way to help women who had survived sexual violence feel like they were not alone. A year ago this week, actress Alyssa Milano reignited “me too” with a tweet that stated “If you’ve been sexually harassed or assaulted write ‘me too’ as a reply to this tweet.” This was in the wake of accusations against movie mogul Harvey Weinstein and other powerful men in Hollywood. Since then, “me too” has become a movement among women who have been sexually harassed. Since then, a great deal of reports have come out and “metoo” has gained great traction among adults. But what about our teens? How are they experiencing sexual harassment and violence? Believe or not, 7 out of 10 girls experience sexual harassment and alarmingly, 1 in 4 girls will experience sexual assault or abuse before she turns 18. A recently released survey of young girls reveals that 3 out of 4 girls between the ages of 14 and 19 feel unsafe at least once in a while. At the root of this problem are limiting and harmful messages about how girls and boys should behave and be treated—messages that shape these impressionable minds and stick with them as they enter adulthood. As a response, and in honor of the 1 year anniversary of the week, Girls Inc, a nonprofit organization that inspires all girls to be strong, smart and bold through direct service and advocacy, along with its amazing network of girls and partners, are launching the #girlstoo campaign. This campaign will focus on sexual harassment and assault in the lives of youth, particularly girls, with actions aimed at addressing the norms and stereotypes that fuel these behaviors. To discuss how we talk about sexual harassment, assault and violence—and what we can all do ensure that our young people are educated, safe, respected and valued, we have Lara Kaufmann and Dr. Christia Spears Brown on the show today.