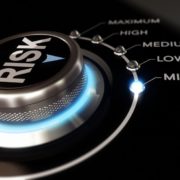 Women (and many men too) are notorious for aiming for perfect. Whether it’s in parenthood, the workplace, our looks or the overall appearance that we have it all together, imperfections are painted over with a broad brush.

Our lack of honesty with ourselves and others is hurting much more than it’s helping.

For any of us to move forward in any realm of life, there must be room to make mistakes. To take the risks. To swim in doubt. To be authentic and imperfect and unsure on our path to success. Living a photoshopped life grounded in reality show flawlessness and Facebook photo perfection does not lead to forward movement.

So here’s some food for thought.

Life is not perfect. We must stop striving for perfection and instead, try for our best. Try for learning. Try for better, stronger, more nuanced and more open than yesterday. Life is messy, weird and wonderful. We make progress from imperfection. Letting go of perfect can feel like it’s shining high beams on our weaknesses but in actuality, it demonstrates our courage and strength.

It’s International Women’s Day—a day to reflect on the amazing women and girls in our lives but also to ponder what’s to come for the up and coming women in the world.

As the mother of a young girl and a speaker who works with girls and women with regard to leadership, confidence, mentoring, and the barriers that stand in our way, I see so much potential in today’s girls.  Yet, I think there is some work to do in order to help them to become the leaders they are meant to be.

We know that there is still an imbalance when it comes to the number of women vs men in leadership positions. This is true in business as well as in government.  Women have a great deal to offer but many are not taking their rightful place in this world—which for many, is in front…leading the pack.

How do potential women leaders stand in their own way of success?

(1) Pleasing others instead of pleasing ourselves:  Many girls and women are known “people pleasers.” They want to be liked. They want to be admired. They want to feel useful.  And while there is nothing wrong with being liked, admired, and useful—many girls and women will sacrifice what they want in order to “do” for others.  Leaders do what is right and what is needed- but they also follow their own bliss.  They assume their rightful place in this world not because others put them there or others don’t want the job but because they are doing exactly what they were meant to do.  When a girl or woman follows her our own bliss, they are always in the lead. Nobody can usurp the position that has someone else’s name on it.

(2) Perception of ceiling: We’ve heard for years about a glass ceiling that is impenetrable by women in business.  But every time I hear something like that, I think of Roger Bannister, a runner who was told it was impossible to run a 4-minute mile.  It had never been done! And then he did it. Immediately following, others did it. I think if we sell ourselves and our daughters a bill of goods that this ceiling exists, they will believe it.  What they believe is what they will see.  Leaders don’t look at ceilings—they look at what’s beyond it.

(3) Distraction: Girls receive hundreds of messages each day telling them that they need to look and act a certain way if they are going to be deemed worthy by others.  Questions loom in their heads; Am I thin enough? Too ugly?  Pretty? Do I seem like too much of a know-it-all?  Do people like me? Do guys like me?  Am I sexy? As I told the New York Times when they did a piece yesterday about girls’ need to always be camera ready, “the preoccupation with ‘How do I look?’ may well be getting in the way of living authentically. They are looking outward in at themselves — constantly thinking of the mirror rather than being fully engaged in the conversation, the activity or the learning.” With one eye on one’s goals and another eye on how they look (or how they think they are perceived) while going after their goals, how are girls supposed to make it to the top?

(4) The ‘who the heck do you think you are’ complex? I have had my own run-ins with this goal-grabbing question.  It’s the lesser-known cousin of “survivor guilt.” We question our right to achieve—and even the right to consider going after a particular goal. Am I worthy enough? What will others think? Why would anyone want to work with me? Why would anyone want to give me this chance, this job, or this award?  Leaders don’t wonder if they should achieve, they make it happen.

(5) Overloaded- all things to all people: We are notorious for over-scheduling. We say yes. We over-yes.  Spread so thin we nearly crack, our ability to concentrate on our own gifts and our own path diminish. Who has the time?  Leaders don’t just make the time amidst everything.  They say ‘no’ to many opportunities or requests so that they can honor the path they are on.

(6) Lack of tangible, known women role models & mentors: With so many anti-role models out there, it’s difficult at times to tease out who the winners are.  Women in power are often cut down and labeled in a snarky world of politics and Hollywood appearance standards. Reality TV stars from girls glamorized on 16 and pregnant to Snooki getting into bar fights and hooking up, are lavished with attention and paid handsomely for their appearances nation-wide. The message tells us that those women and girls who are celebrated are not those who do great things but those who entertain us, look the part, and do what will get ratings.  Step out of line and you will be denigrated. We need our girls to align themselves with real, unscripted mentors and leaders who can show them what true strength, perseverance, and courage looks like.  No matter what other people say.

(7) Asking the wrong question: Many girls and women allow themselves to get sidetracked and shut down on their path to success when someone doesn’t like their idea, doesn’t want to help them, or has a bad attitude.  Girls often wonder; “How can I change her mind? “ They begin to ponder; “if only she were different, then I could…” They allow the power to rest in their challenger rather than within themselves. No. Leaders take control. They accept the fact that a barrier exists and then ask themselves; “how can I get what I want or need even if this barrier is standing in my way?”

And while there needs to be an education process—to show men and boys what girls and women can offer without the *nudge, nudge, wink, wink* that statement often is slathered with—I refuse to say that the end-all-be-all answer to more women leaders lies in the hands of changing the minds of our men. Yes, as a mother of a boy I have a responsibility to raise a man who respects women—but I also must be accountable for the type of gutsy, focused, authentic girl I raise too. Not to mention, I must show her an example of what it means to be a female leader in my own life.

PS. My friend, Amy Jussel, wrote an outstanding piece regarding what people are doing with social media and education to celebrate International Women’s Day…here. It’s February.  Only a month and a half ago many of us set goals and made New Year’s Resolutions.  How’s that working out for you? Are you making strides or are you…stuck?

It’s OK. Many of us get tripped up on the path to triumph. You’re at a critical point at this moment though– you can choose to throw in the towel or push through. When you have trouble imagining how you’ll ever achieve your goal (whether it’s writing a book, completing a dissertation, moving up a level, enrolling more people, or making headway on a project, etc) it’s time to stop and go through a visioning process.

When I work with clients one-on-one or in groups, I take them through several visioning exercises.  One that I often begin with has 5 steps:

(1)  See it: Close your eyes.  Look at your goal square in the face.  What does it look like when it’s finished?  When you look around, who do you see?  Where do you picture yourself?  Get specific.  I often encourage my clients to put together a vision board that keeps these pictures in the forefront of their minds.  What images remind you of your goal?  What lies beyond once that goal is achieved?

(2)  Sense it: This may take some practice– especially if you are filled with stress and angst right now.  What will it feel like to achieve your goal?  What do you hear around you?  What does victory taste like and smell like?  The more visceral you can make your goal, the more driven you will be to achieve it.

(3)  Say it:  We are often caught using the future tense when talking about the completion of a goal.  “I will finish it” might sound good to you but it doesn’t put you in action.  In fact, that kind of language can invite procrastination.  Who says when the “I will” will actually take place?  When speaking to about your goal, say it as if it is happening right now; “I am completing my ________ by April 1,” “I own my own home in December 2012,”  “I have straight As on my report card,” or “I am a graduate of XYZ University by June.”

(4)  Believe it: Sometimes we feel as if we are lying to ourselves.  Do I really think I’ll finish?  That kind of goal-robbing gremlin needs to be put to rest.  If you don’t really believe that you’ll be able to succeed, you probably won’t.  When you have unwavering commitment and conviction in your goal, nothing can stop you.  Be sure to put any voices of doubt to bed so that you can concentrate on taking action and making things happen.

Where are you in the visioning process?  Have you set your goals and intentions?  Have you created your plan?  Once you established where you’re going, the path is clear.  Now all you have to do is follow it!